Do you need to name a hero or heroine? Plan your heroine’s pregnancy? Determine the color of a child’s eyes? I do, too! Let’s go misuse the interwebs, shall we? (Or, if you’re looking for help with setting, check out these tools.)

I suppose most people use naming sites to name their real children, not their imaginary ones. But we authors name more people than Octomom on a fertile day, so we need a site for power users. At Behind the Name, you can search names by letter, gender, derivation, usage, history, meaning, keyword, length, syllables, sound, and more. Its historical popularity tables include all of the Social Security administration’s data for American names. And, if you find something you like in Spanish usage, for example, it will give you every possible related name in other cultures. It even has a family tree for names. Moreover, you can ask it to randomly generate a name according to your criteria. The “submitted name” feature even allows you to browse the latest monikers that are not “official” in any country’s lexicon, keeping you ahead of the trends. There is a surname section, too! It is a very powerful tool, and I have used it in my Sugar Sun series from the very beginning. (I also browse names in cemeteries, which I cannot recommend highly enough, especially for historical fiction. You can bring those names back and read about them on this site.)

Edited to add: I took a class with Piper Huguley at #RT17, and she had two more great sites to share. Nameberry.com has amazing lists of names: from “Antique Baby Names Ready for Restoration” to “Steampunk Baby Names.” Themeaningofthename.com has name compatibility tests, a numerology calculator, a name day calendar, and more.

Updated to add: I just found this really interesting tool to help with surname generation for characters. I have not used it enough to really test it out, but it has lots of options, including the ability to start with a first name you already have in mind in order to ensure finding a last name that matches well. How NameGenerator.Org determines what “works,” I have no idea, but my first use of the tool was successful.

Okay, now you’re confused. What do random numbers have to do with fiction writing? Well, if you are a little obsessive about your characters, then…everything! I determine birthdays, anniversaries, number of children a couple has, how much a bribe costs, and more through the use of truly random numbers. Need to flip a coin, but don’t have any change on you? Random.org will do that for you, too. It will also pick your lottery numbers, practice your jazz scales with you, and randomly generate short prose. These last few features I cannot guarantee.

And, speaking of calendars, timeanddate.com is very powerful. You can quickly search the calendar of any year in any country. Wait, Jen, isn’t the calendar the same in all countries? No, there are many alternative calendars—Chinese, Islamic, Hebrew, Mayan, and others—all of which are on this site. But, more importantly, even though most countries have adopted the Gregorian calendar for civil use, not every country has the same weekend or holidays. This site has them all.

How about moon phases? If you write a night scene, don’t you want to know how much light there was outside? The site also has a sunrise, sunset, eclipse, and seasons calendar. (If you need tides, I like Tides4Fishing, which has historical data back a few years.)

I also frequently use the date duration calculator to figure out exactly how old my character is on a particular day. This is helpful when writing a series that spans several years. It will also tell you what years have the same calendar as the historical year you might be using. You can find out, for example, that 1815 (if writing Regency) or 1905 (my Edwardian series) both share the same calendar as 2017. This means that more limited internet calendar tools—like those below—can now be used with success. Just use the modern year that has the same calendar as the year you really want.

When writing romance, relative heights can be important. When the hero grabs the heroine for a hug, does his chin hit her cheekbone, her temple, or rest on top of her head? When leans in for a kiss, how far does he need to bend down? Mr. Initial Man has put together a relative height comparison where you can enter in your characters’ heights and get an average visual. (It is average because people can have longer legs or torso, which might change the place where everything touches, but won’t change the overall height.)

“Whoa, Jen! That’s an overshare! We don’t need to know about your menses.” No, I don’t use this myself. I mean, I could, but I’m not that organized about my own life. But I will find out every detail about my heroine’s ovulation, cramps, and menstruation. This kind of woman-centric focus is why I dig romance. In fairness, contemporary romance may gloss over periods of “indisposition” or “women’s troubles” because we have tampons and ibuprofen, thank the heavens. But in historical romance, I want to know when my characters are going to be inconvenienced—even if nothing is mentioned in the book. (Yes, I’m a little obsessive.) Now, thanks to Tampax’s Period Tracker, I know all: PMS time, heaviest flow, post-period, and peak ovulation. For people who don’t exist. I’m so messed up.

My characters screw like bunnies (ahem, romance!), and since they live in a Catholic country in the Edwardian period, conventional contraception is hard to find. So my ladies do get preggers. And since I, the author, have no children, what do I know about pregnancy? Very little. So I have Baby Center. Their due date, conception, and week-by-week pregnancy calendars are very helpful. You can also chart your heroine’s cycle with them, but it is a little more detailed than the Tampax site, and there is discussion of mucus, so enter at your own risk.

The Tech Museum of Innovation and the Stanford School of Medicine’s Department of Genetics did not create this eye color site for authors, but it is a brilliant tool for us. It is a part of a larger online exhibit on genetics. The scientists behind the site would tell you that their model is oversimplified, but since I have not had to take a real science class since high school, I think it’s perfect. But they also walk you through adding a little complexity to the model with these instructions.

You can either examine your results through numerical probability or through a random selection of six children produced by the model. In my work-in-progress, Sugar Moon, the heroine Allegra has a Spanish, blue-eyed biological father. Even though her mother was Filipino-Chinese, and despite Allie and her mother having brown eyes, she and her blue-eyed hero, Ben, have better than a 1 in 3 chance of a blue-eyed child. They could even produce a green-eyed baby (about a 13% chance), since Ben’s mother had green eyes, and his sister, Georgina, has green eyes. Are we having fun yet? I could play with this stuff for days.

Speaking of color, descriptions of skin tone can get offensive quickly. Using food is fetishizing, cliché, and worse. If you have questions on this premise, read more from Colette at the Writing with Color blog. Here, though, let me direct your attention to part two of this series where Colette gives many wonderful suggestions, clarifications, and resources to help you decide what to use. It is not just about sensitivity; it’s about good writing, no matter who your characters are. I highly recommend the whole site.

Friend and author Kate Zerrenner suggested a few other amazing tools to add to this list, including this great idea: adapt the deep treasure-trove of character-building tools developed for the Dungeons & Dragons role-playing game! If you are new to D&D, you might try Geek & Sundry’s Beginner’s Guide. For example, their guide for building your rogue’s backstory is perfectly suited for a Regency romance. How about an online character bible from D&D Beyond? Or something called “The Mother of All Character Questionaires“? This is just the tip of the dungeon iceberg, and I am no dungeon master, so consider this just the start of your search.

The Novel Factory has a treasure-trove of character resources, many of which are available for free from their website, even though the software itself requires a subscription. I suggest checking out their Fictional Character Personality Types for brief primers on everything from Jungian Character Archetypes to zodiac-based personality types, both Western/Mesopotamian and Chinese. There is also a more general discussion of character archetypes that runs through The Eight Hero’s Journey Archetypes and Michael Hauge’s Four Categories of Primary Character. 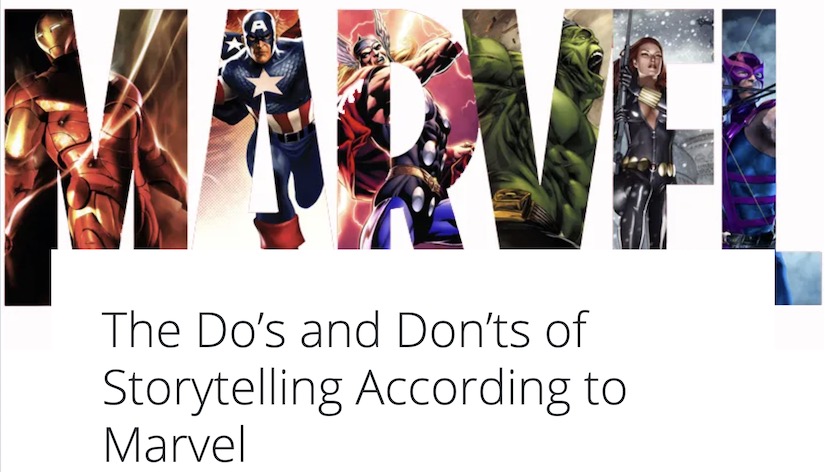 Though I have not included a lot of materials about story arc here—that should probably be its own list—this site covers both character development and story arc, with a great twist: it uses Marvel movies as clear and persuasive examples. Pamela Sheppard—editor, book marketer, and comps guru—suggested it, so it has to be amazing! Also, this is K. M. Weiland’s Helping Writers Become Authors website, so there’s lots more great stuff here to investigate once you’re done with these examples.

And so concludes the first in my writer’s toolbox series of posts. Check out more on setting tools here. I hope these sites are as useful to you as they have been to me. Happy character creating, and happy writing!