Twain didn’t hold back, especially not when criticizing society’s ills. In fact, he is the one who coined the term the “Gilded Age” to describe a time of conspicuous consumption, wealth disparity, and pervasive corruption. Sound familiar? In fact, esteemed economists (here and here) claim that we are smack dab in the middle of a new Gilded Age: the era of the one-percenters.

The robber barons of Twain’s time were innovators, though, not fund managers. They were builders, not firm-breakers. Not to say they were moral or just men—they were definitely not—but they were self-made men who harnessed the raw power of the industrial age. Carnegie casted the steel, Rockefeller drilled the oil, and Vanderbilt laid the railroad track. Though not of noble birth—far from it—they were still the new kings, and they lived like them.

I recently traveled to Newport, Rhode Island, where the Gilded Age rich of New York spent hundreds of millions of today’s dollars building “cottages” that they lived in for only 8-12 weeks in the summer. Let me say that again: the equivalent of $30-200 million on a house used two months out of the year! 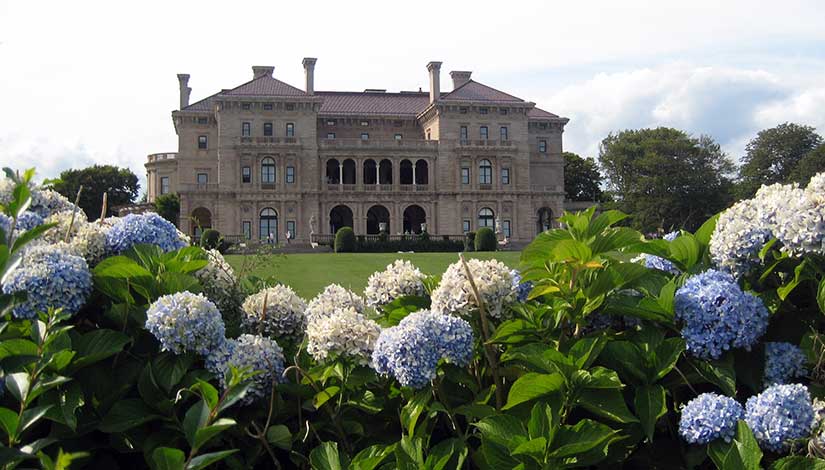 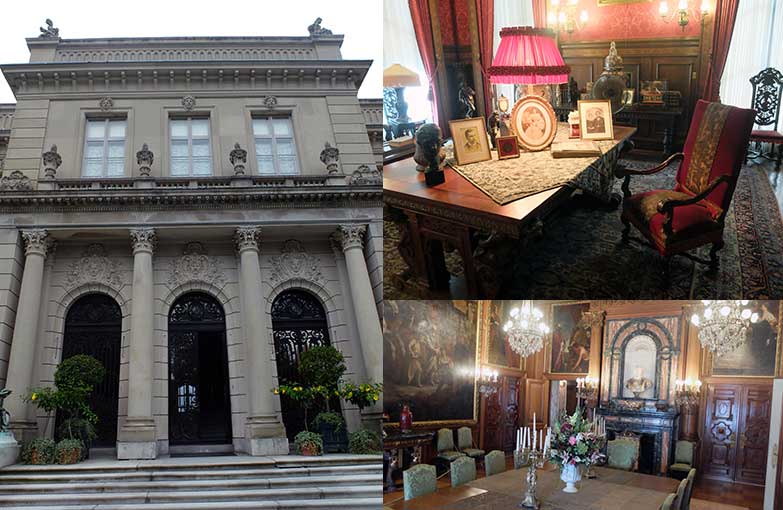 While the Vanderbilts built Italian palazzos and French châteaux, the Berwinds added mahjong and black lacquer wall panels to the mix.

Suzette and I have more modest tastes. I liked the bahay kubo painted on a local oyster shell, and she liked the drawing of the man with his fighting cock because it reminded her of this line of Under the Sugar Sun: “A local wag once said that in case of fire a Filipino would rescue his rooster before his wife and children—and hadn’t Georgie witnessed that with her own eyes in Manila?” You can also see a casco in the background, which is the type of boat that Della Berget comes ashore in at the beginning of Hotel Oriente. Though Filipino artists wanted to immortalize these average scenes of local life, they did so on items sold only to the very rich.

Well, this is romance, so we romanticize them, of course. I romanticized Hacienda Altarejos, and I knew it while I was doing it. The true history of sugar in the Philippines is a story of great injustice. If you did not know that, there is a new documentary out there to guide you through that reality called Pureza: The Story of Negros Sugar. The Gilded Age was fraught with labor disputes on the other side of the Pacific, as well: the Pullman Strike, the Haymarket Riots, the Coal Strike of 1902, just to name a few. This was the other reason Twain used the term Gilded Age, because all that glitters is not gold.

But historical romance is fascinated with the obscenely rich, and the more chaotic our current lives the more we seek a lifestyle of security. Many of us were raised on fairy tales of prince charmings of one sort or another—and we hardly spared a thought about the peasants of the kingdom. I teach my students about the horrible injustices of the early industrial age, but you better believe that John Thornton of Elizabeth Gaskell’s North and South gets my engine going! (And, yes, it helps that he is played by Richard Armitage in the BBC version on Netflix.) Gaskell wrote her novel in 1855—smack dab in the worst excesses of this period—and she still made a factory owner swoon-worthy.

What about our Regency bookshelf? We don’t ask where Fitzwilliam Darcy got his ten thousand (pounds) a year—which, in present value, could be close to $6 million, or, in prestige value, maybe as much as $18 million. Yes, he earned interest on government bonds, but where did he get his principal wealth? From the sweat on the brows of farmers on “his” estate, of course. And, according to Joanna Trollope, Pemberly was built on the proceeds of coal mines. As a granddaughter of a coal miner, I can tell you that line of work not only sucks but will also kill you.

So, if we squint hard, we don’t see the nasty side of our historical romances, leaving only the great parties, the family sagas, and the romantic intrigue. (See an expanded discussion of the fabricated chronotopes of historical romance from a paper I presented at IASPR in Sydney in June 2018.)

The thing about Gilded Age tycoons—whether American or Filipino—in comparison to our Regency heroes is that at least they had to do something to earn their money. This was the era of (at times toxic) manliness. You were supposed to roll up your shirtsleeves and get your hands dirty:

Emmett is rough, yet gentle. Arrogant, but thoughtful. He’s that classic Type A hero we love so much, but instead of spending his excess energy whoring or hunting as a peer would do, he’s actually got shit to do. (He does box, though.)

Another Gilded Age merchant-on-the-rise can be found in Marrying Winterborne by Lisa Kleypas. Rhys Winterborne is a Welsh department store owner, a terrific choice of occupation since these diverse enterprises, selling all types of ready-made goods to the blossoming middle class, were an industrial age phenomenon—a true “retail revolution.”

If you want Gilded Age romance that transcends the chronotope, check out Piper Huguley’s Migrations of the Heart series that “follows the loves and lives of African American sisters during America’s greatest internal migration in the first part of the twentieth century.”