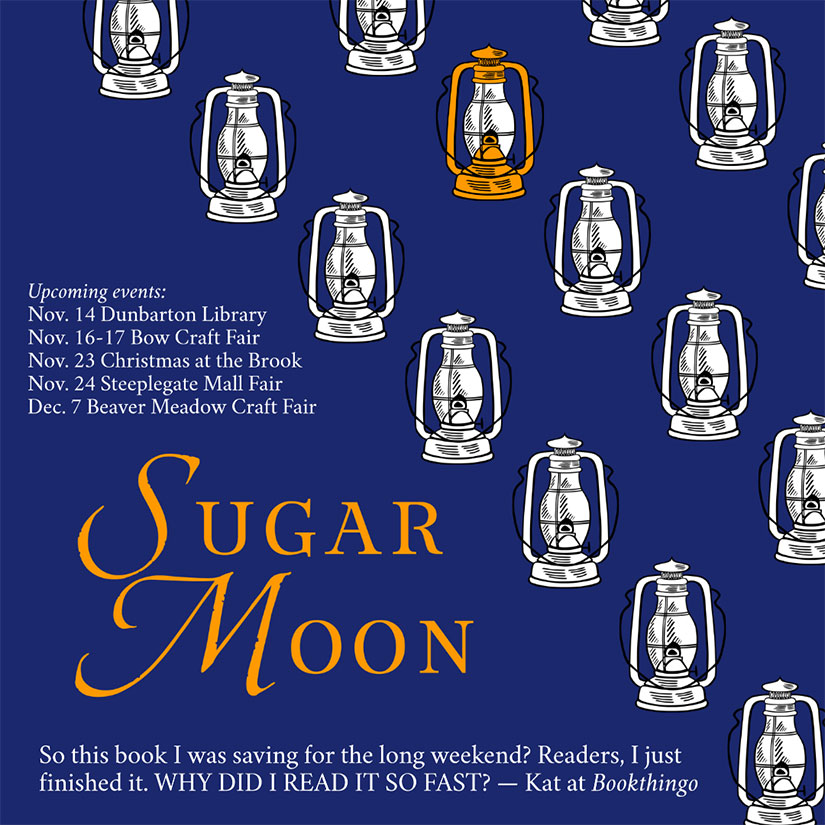 Calling all Granite Staters! I will be answering questions and selling signed books all over the southern New Hampshire area this holiday season with my partners-in-print, the Weare Area Writers Group:

What I love best about working these fairs is the chance to talk to readers about what stories they love the best. Check out my fellow authors’ books as well on our group’s website. We have something for everyone’s holiday gift list! 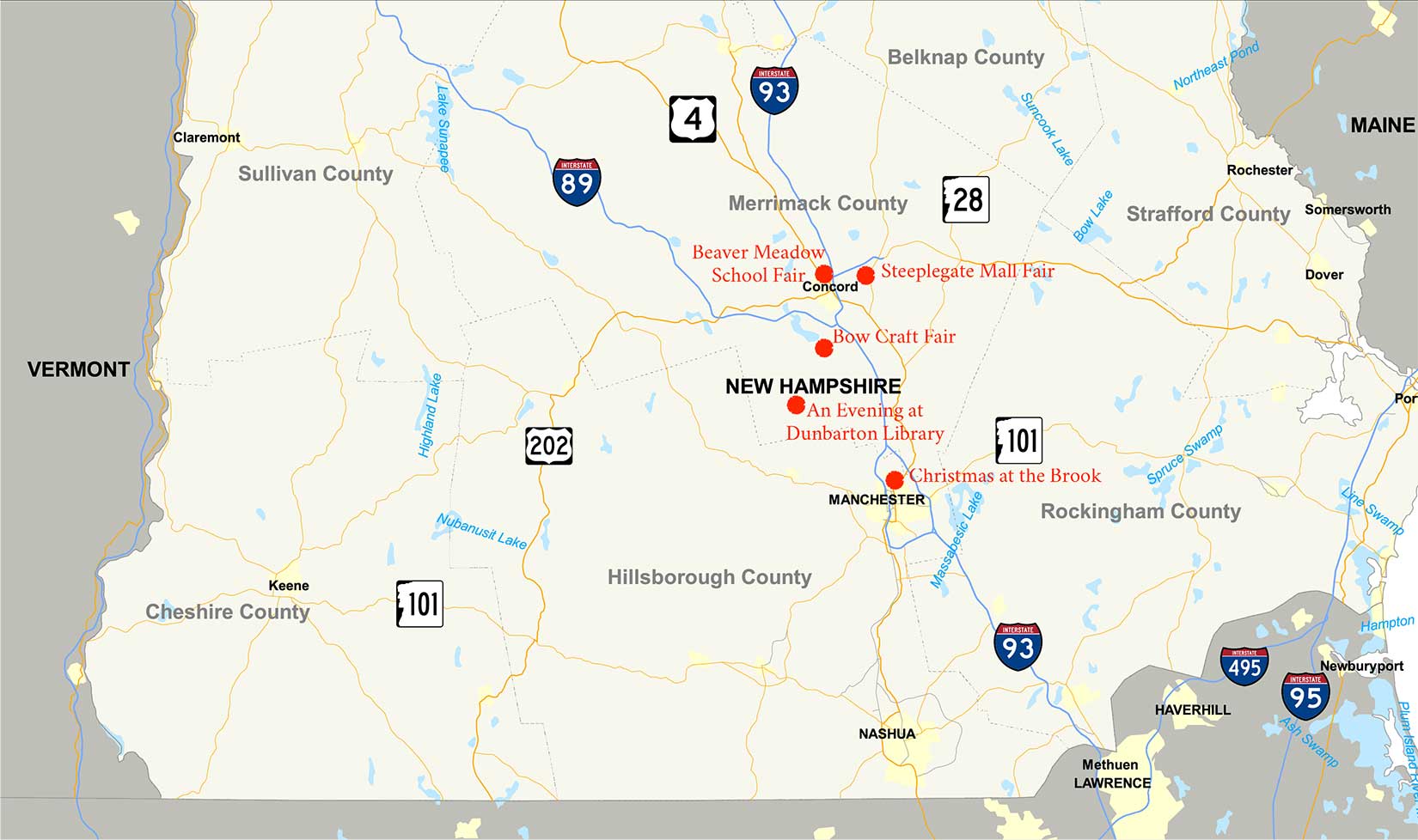 Ice buckets, yellow bracelets, pink bows…there is another viral cause in the town of Weare, New Hampshire: the Orange Flamingos of the #AbbyStrong “Army.”

Shortly before the start of this school year, twelve-year-old Abby Van Dyke was diagnosed with leukemia. Immediately, friends and family went into action. They put together a fundraiser selling plastic lawn flamingos in the color of leukemia awareness. “It was mostly about getting as many out before she came home from the hospital,” one of the organizers said, “so she’d drive through town and see them, and know that everyone was thinking of her and praying for her and her family.”

I first heard about the flamingos at Weare’s Old Home Day on August 27th, when their booth sold out by mid-day. But I was late to the party. By this point, flamingos were everywhere. They still are everywhere—and I mean everywhere. “We have people actually call us from Canada, and Florida, Arizona,” an organizer said. The #AbbyStrong “Army” encourages this migration—they just ask that people post pictures to their Facebook page.

In a time when we live too much of our lives online, it is comforting to see a community come together in real life. This is an old fashioned vIRaL campaign—viral IRL.

But this fundraiser has not been without its drama. When a bunch of the flamingos were stolen, the Weare Police Department reported the crime on their Facebook page. Their post was a graphic of a single word: “Really?”

The thieves realized they had done wrong, and they gave back all the flamingos—along with a donation to the #AbbyStrong movement.

We are truly sorry for our actions and had no idea what the flamingos on Colby Road symbolized. We would have never taken them. Please know that we returned all the flamingos we took. We did not go around town [or] all over the place—they were only taken on Colby Road. If others are missing, that wasn’t us. We have enclosed a small donation hoping this will make a difference. Stay strong—you got this. Again we are truly sorry for our actions and will never do anything like this again.

[Note: I corrected the thieves’ grammar because I’m a teacher and that’s what I do.] The general consensus in town is that—while no one condones stealing the flamingos in the first place—their return, the apology, and the donation were appropriate penance.

Meanwhile, Abby has entered her second round of chemo, which cannot be easy. I have noticed from the family’s Thanksgiving photo (far right) that Abby is not using a hat or bandana (beyond what the weather requires). I wonder how much this is convenience and how much is a result of the support of her friends and community? I would like to think it is both liberating and comfortable!

I am heartened by the statistics on the Leukemia & Lymphoma Society’s webpage that five-year survival rates among those aged 15 and younger may be as high as 91%, depending on the type of leukemia she has.

And at least the thieves were right on one count: Stay strong, Abby. You got this.