The Sugar Sun series is an epic family story of love and war at the beginning of the twentieth century. Books may be read in any order, as all are interconnected-yet-standalone happily-ever-afters. Read what people are saying about the series here, and find content guidance here. 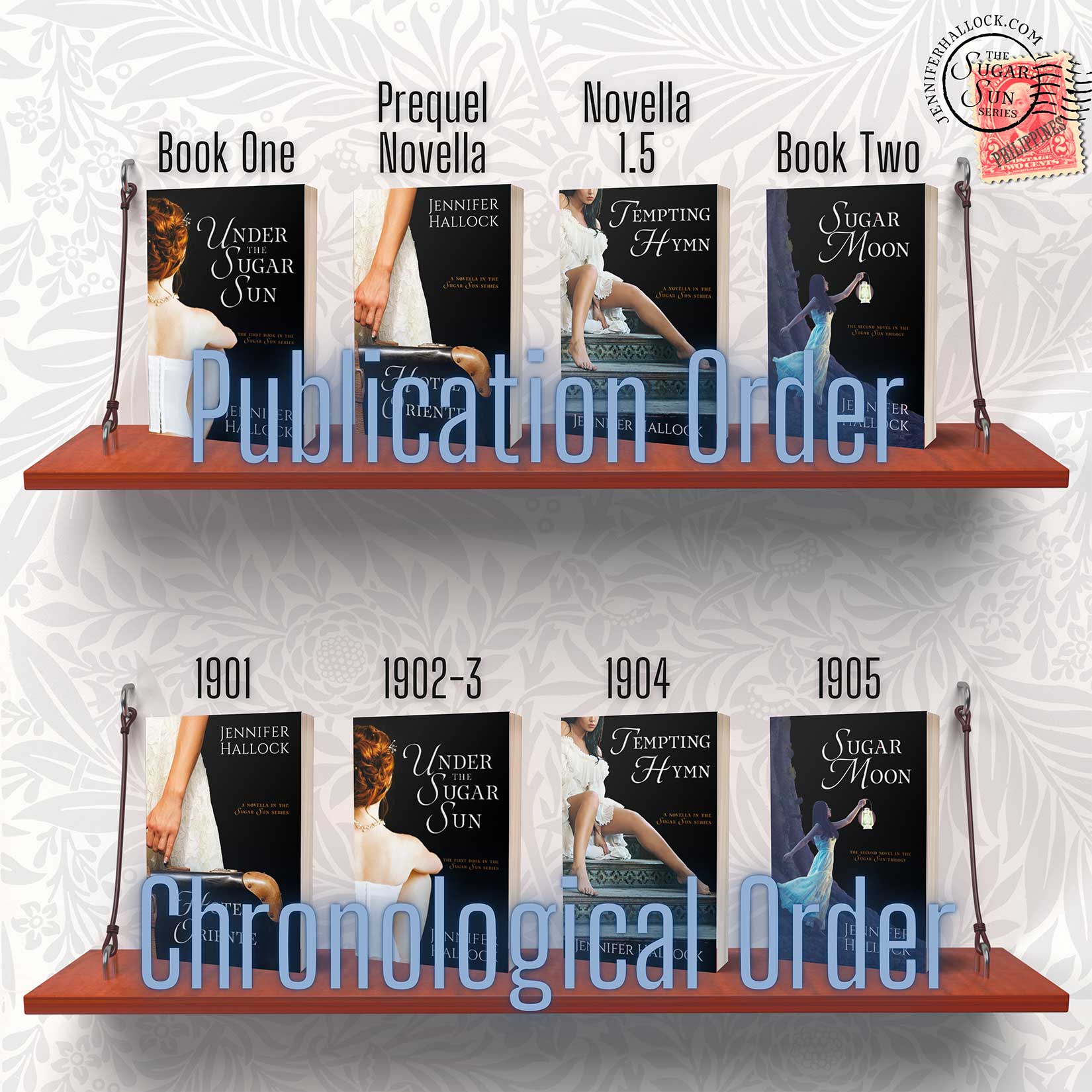