My sabbatical is a story of two spectacular dogs with strange names. It started with sad news when we lost our nearly 15-year-old dog, Grover. She was quite a character. Had she been human, she would have headed up a crime syndicate. 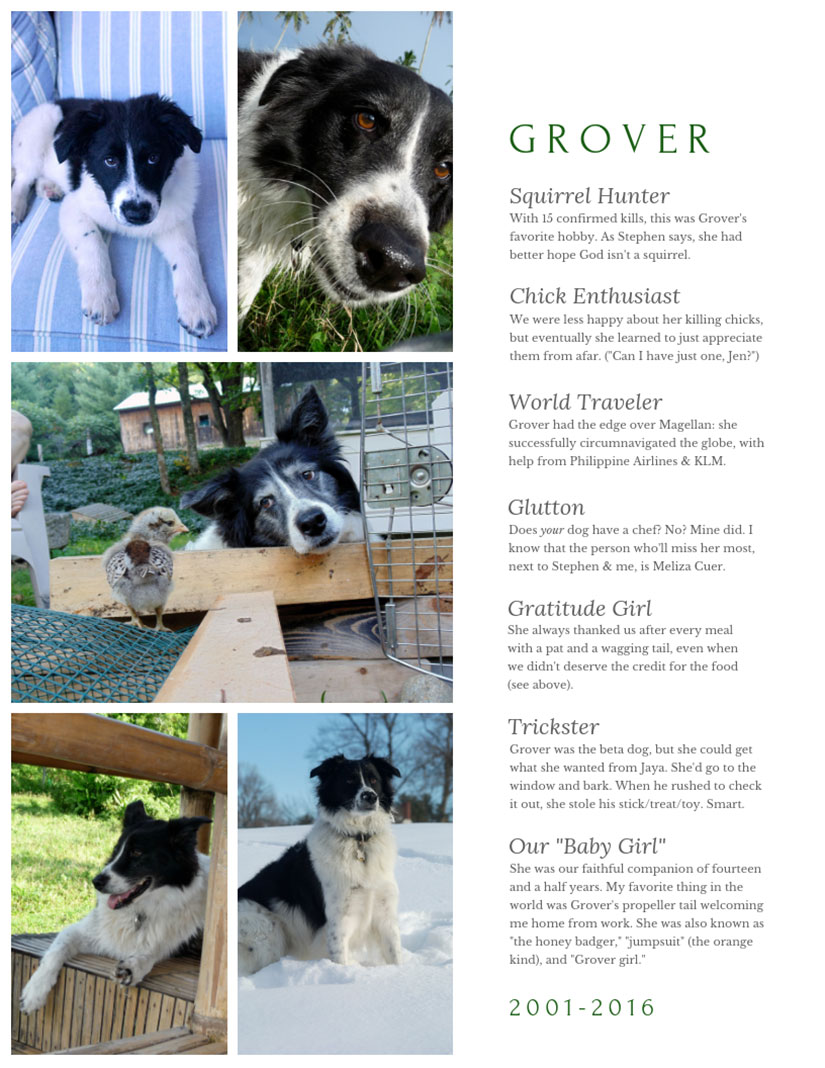 Grover had struggled with back problems for years, occasionally losing control of her hind legs. But she always bounced back—until she didn’t.

Our older dog, Jaya, was the one we had expected to go first—but just to spite his sister he hung on for another whole year. He was by my side through my whole sabbatical, but today it was time to say goodbye. He was almost seventeen years old—approximately 108 in dog years!—but he took a turn for the worse. 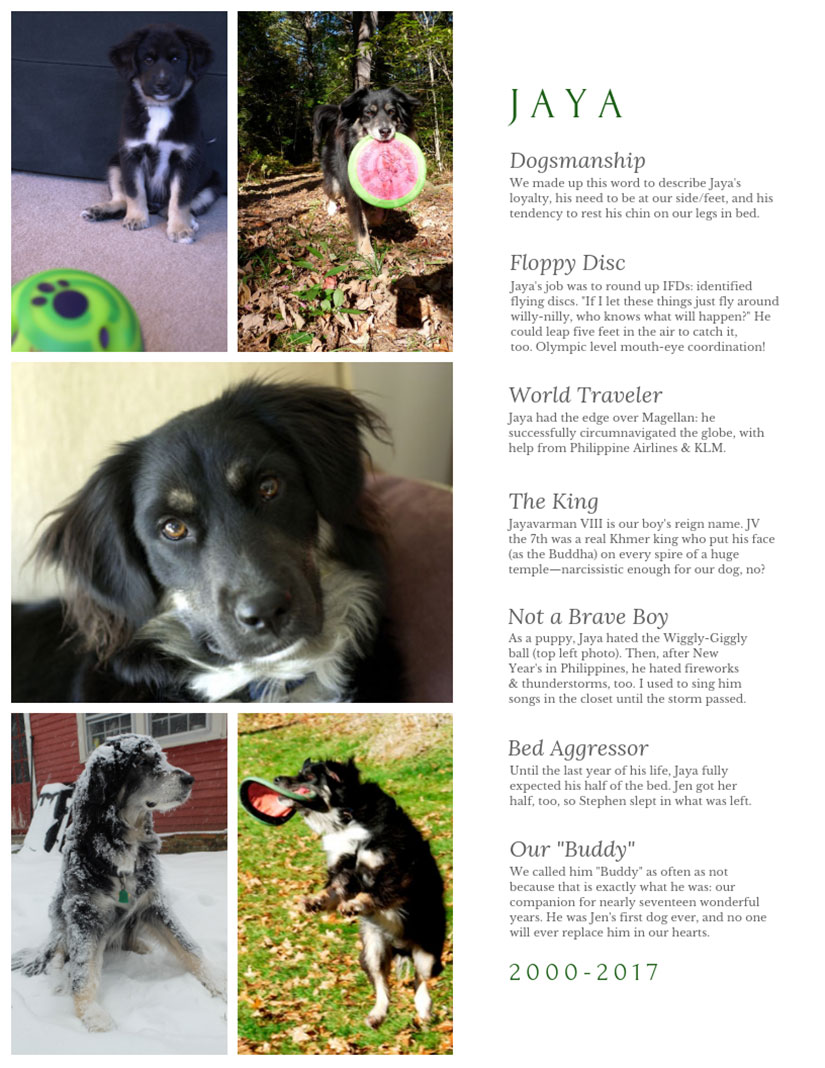 We had Jaya for 17 of our 19 years of marriage, and he truly made us a family. Both dogs helped “encourage” our move to the Philippines by getting in a wee tussle with a student in our dorm, but that move led to me writing romance—one of the greatest gifts anyone could have given me.

To quote the Gilded Age cowboy philosopher Will Rogers: “If there are no dogs in heaven, then when I die I want to go where they went.”