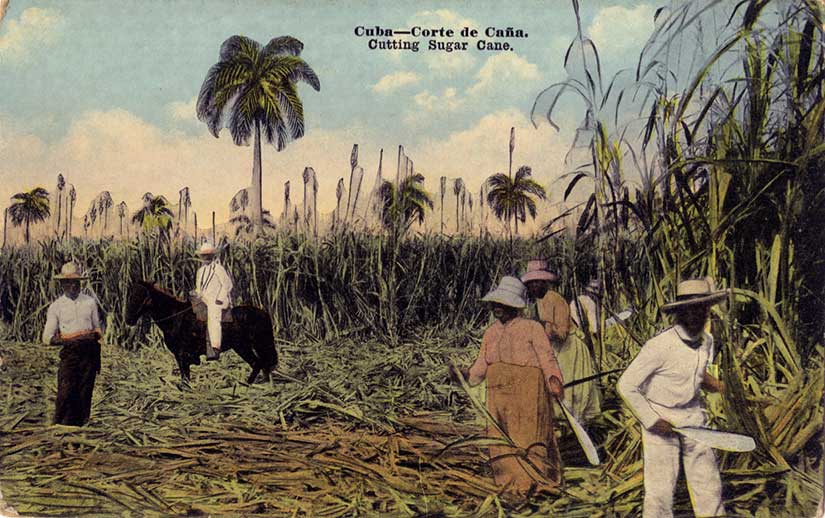 [This is part 2 of a series on the Spanish-American War. Read Part I here.]

Cuba: a country so pretty, so well located, and so full of profitable sugar plantations—some owned by Americans—that a group of U.S. ambassadors in Europe considered offering Spain $120 million for it in 1854. Though these ambassadors met at the request of the American secretary of state, keep in mind that diplomatic posts back then were given to adventurers not necessarily known for their diplomacy or discretion, so the plan leaked—as they do. The northern states grew alarmed that this might be a back-door plot to expand slavery, so the whole thing was quickly scuttled. And when the Civil War broke out, people forgot Cuba for a while.

The Cubans had not wanted the Americans to take them over—but they didn’t want the Spanish to stay, either. They launched a revolution in 1868, seeking total independence, and they were happy enough to work with individual Americans toward that goal. The Cubans purchased an old Confederate blockade runner called the Virginius under an American frontman, and the ship began transporting guns and men to and from the island under a hastily-raised American flag. When the Virginius was captured by the angry Spanish in 1873, many of its officers were summarily executed, including several Americans and Brits. War drums began to beat. Yankees talked of action against Spain, but it was so soon after the end of the Civil War that few intended to go through with their threats. The moment passed. Twenty-five years later, Spain would not be so lucky.

The Cuban revolution paused and then flared up again in 1895. It was a pretty ugly war on both sides—guerrilla war always is. The Spanish general Weyler got blasted in the American press for his reconcentrados: “protected zones” that cut civilians off from the rebels they supported. Conditions in these towns-cum-concentration-camps were abysmal, and anyone outside of one could be shot on sight. Keep in mind, though, that American outrage over the reconcentrados would have been more laudatory if we had not repeated the tactic in the Philippines in 1901—a truth that was acknowledged in the contemporary press.

Sensationalist newspapermen roused the American public into a frenzy, and the Spanish inadvertently helped them. For example, a letter by the Spanish ambassador Enrique Dupuy de Lôme was intercepted and published by William Randolph Heart in his New York Journal. In the letter, de Lôme said:

McKinley is weak and a bidder for the admiration of the crowd besides being a would-be politician who tries to leave a door open behind himself while keeping on good terms with the jingoes [extreme patriots who advocate an aggressive foreign policy] of his party.

De Lôme was not wrong, but it still got him recalled to Madrid because Spain was desperately trying to avoid war with the US. In fact, in an attempt to pacify the revolutionaries, Spain offered Cuba and Puerto Rico enhanced local autonomy—an offer that the Puerto Ricans took up. San Juan received its own constitution, a bicameral legislature on the island, and continued representation in the Spanish Cortes. Puerto Rico was in the process of putting together its government when US gunships arrived. An often overlooked aspect of the Spanish-American War is the fact that in the name of democracy, the United States extinguished that very thing. We “saved” Puerto Rico from the Spanish, yet the Spanish were actually giving that island MORE representation in their legislature in 1898 than the United States Congress gives it NOW. Think on that a minute.

If the Spanish were trying to avoid war, then why did it still break out? Of course, you know: “Remember the Maine!” That is probably the one thing the average American history student does remember about the war. The explosion of the USS Maine in Havana was actually due to a coal fire igniting a reserve magazine of six tons of gunpowder, much of which was already degrading due to the humid climate. The navy’s leading weapons expert, Philip Alger, actually said this at the time—and got called a traitor by Theodore Roosevelt. Yet, what Americans knew came from their papers, and the papers said:

To make a long story short, Congress added $50 million to America’s defense budget and—to satisfy the non-imperialists—passed an Amendment that we would not colonize Cuba. (Nothing was said about Puerto Rico, the Philippines, or Guam.) President McKinley asked Congress for a declaration of war, though Spain—with few options left—did us the favor of actually declaring first. Congress followed suit the next day. American boys lined up at recruiting stations all around the country, anxious to prove their manhood.

Roosevelt resigned his post as Assistant Secretary of Navy and recruited his own calvary unit, made up of half Ivy League boys (seasonal hunters who knew how to ride horses and fire guns) and half cowboys (whom Roosevelt admired for the same manliness that romance readers still swoon over). The 1st United States Volunteer Cavalry was known as the Rough Riders. Fun fact: later on in the war, American soldiers with venereal disease in the Philippines were known as “rough riders.” Oh, those soldier boys. How droll.

Roosevelt’s focus on male virility in what he called the “strenuous life” was something he practiced as well as preached. No “over-civilized” man himself, Roosevelt wanted to be in the thick of the action, and his unit fought enthusiastically in Cuba, shaming others into action with eager charges. In fact, Roosevelt won the Congressional Medal of Honor—not bad for a sickly, asthmatic, near-sighted child who had to be home-schooled until college.

He made no bones about it: peace was a weakness. He said:

I have even scanter patience with those who make a pretense of humanitarianism to hide and cover their timidity, and who cant about “liberty” and the “consent of the governed,” in order to excuse themselves for their unwillingness to play the part of men.…Their doctrines condemn your forefathers and mine for ever having settled in these United States.

The war that Roosevelt fought in Cuba was the one that most American volunteers signed up for. Nevertheless, many boys actually found themselves somewhere entirely different: the Philippines. The bait and switch was partly Roosevelt’s doing. It was Roosevelt who told Commodore Dewey, who was in the Pacific, to steam toward Manila and lob the first cannon shot of the entire war there. And then, while they were there, some were sent to China to put down the Boxer War in 1900. Maybe the term “mission creep” is familiar to you? Stay tuned for more.

Featured image (at the top of the post) is a 1919 postcard of cutting sugar cane in Cuba.