[This is part 3 of a series on the Spanish-American War. Read Part I and Part II.]

By late April 1898, the United States and Spain had declared war against each other, but that did not mean an immediate start of hostilities—at least not in the Caribbean. These were not the days of “shock and awe,” when the moment a deadline had passed, bombers were already airborne and closing in on their target. For the Americans to launch a full-scale assault on the Spanish in Cuba took time. It took planning. Lots and lots of planning. In fact, it took two months to load men, horses, and supplies—including some rather noxious tinned beef—off the docks in Tampa, Florida.

At home Americans grew nervous: Spain was not the power it had once been, but neither was the US military going to set them quaking in their boots. American military spending in the 1890s was roughly a quarter of what it is today, as a percentage of our national output. The entire United States Army was was 27% smaller than today’s New York City Police Department, according to author Max Boot. How would the Yanks fare?

Then came the good news that Commodore Dewey had sunk the entire (rusty) Spanish fleet in Manila—in half a day! The Spanish surrendered shortly after noon. (See featured image.) This lopsided victory boosted morale across the United States and made long recruiting lines longer. Dewey became a new national hero: “Dewey” emerged as the 19th most popular baby name for boys in 1898; the Commodore’s image graced calendars and other memorabilia; and the man himself was promoted to admiral and awarded a custom-made $10,000 Tiffany sword cast in 22-karat gold. Sweet.

Despite all of this hoopla, the young volunteers still did not expect to end up in the Philippines like their hero—let alone to be sent to China to fight in the 1900 Boxer War—but that was exactly where many headed. Once the Americans decided to keep the Philippines, Puerto Rico, and Guam for itself—and paid Spain $20 million for the lot—that’s when the soldiers were needed. And boy would they be needed. See, there had been an ongoing Philippine revolution again the Spanish, just like in Cuba, and the Filipinos did not want to trade one imperial overlord for another. So they fought back. (I’m simplifying greatly, but the Filipino side of the story will have to be told in a later post. It’s a great one.)

This was a classic case of mission creep. Americans believed they were fighting on the side of democracy, but where does that obligation stop? They did not want to kick the Spanish out of Cuba, Puerto Rico, the Philippines, and Guam only to let someone else waltz right in. (In terms of the Philippines, it is possible that Japan or Germany might have seen an opportunity there.) 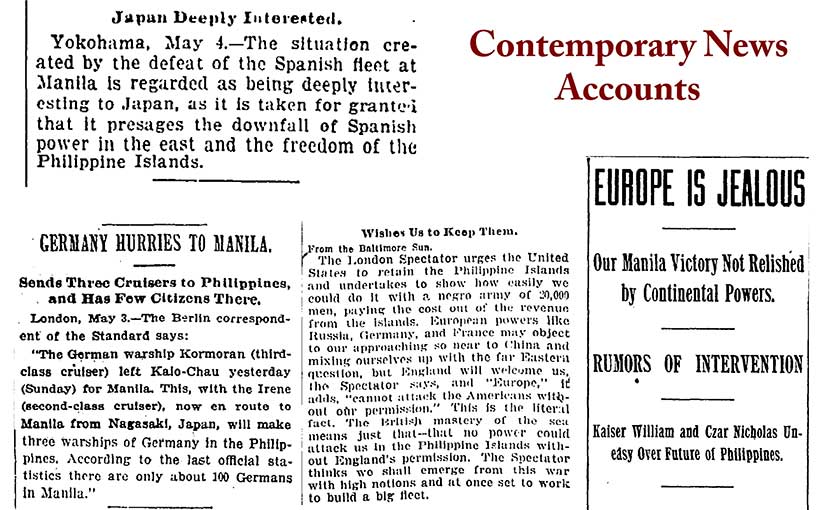 Was not America the best country on earth, asked Lt. Col. Teddy Roosevelt, hero of San Juan Hill? Should we not “civilize” the Filipinos, asked Beveridge? Did we not have a duty to “benevolently assimilate” the islands and give them “the blessings of good and stable government,” asked President McKinley?

Psst…that’s sorta against everything we fought our own revolution for, others said. Psst…that’s gonna be expensive, Andrew Carnegie said. Psst…what you’re talking about is killing innocent people to “win” your imperialist game, Mark Twain said. Where will your “civilized values” be then, Twain added? Actually, it was not a debate in hushed tones; it was a loud, raucous, fiery debate in the press, in Congress, and on Main Street. It was the election of 1900.

This was the moment when America tipped into the twentieth century, suddenly anxious to prove itself as one of the big kids on the block. What would follow was painful for all involved. The Philippine-American War was less glorious and more ambiguous than advertised. It would cost almost 4200 American lives—which, as a proportion of the population, is more than the official death toll of the 2003-2011 Iraq War. The cost was far higher for the Filipinos—about 25,000 military deaths and an estimated 750,000 civilian deaths from war, starvation, and disease. That is one-tenth of the population of the islands. Financially, it was costly for everyone. The US would spend $400 million fighting the war, out of a total government outlay of $2 billion. That means that the initial stages of the war from 1899-1902 would cost Americans one-fifth, or twenty percent, of their total government spending in that period.

Though the Philippines was officially pacified in 1902, there would be American operations through 1913, especially in the southern islands. (There were some particularly nasty campaigns, too, and these will be the subject of later posts. Two of these are the backdrop for Sugar Moon: the Balangiga incident and the Pulahan War.) 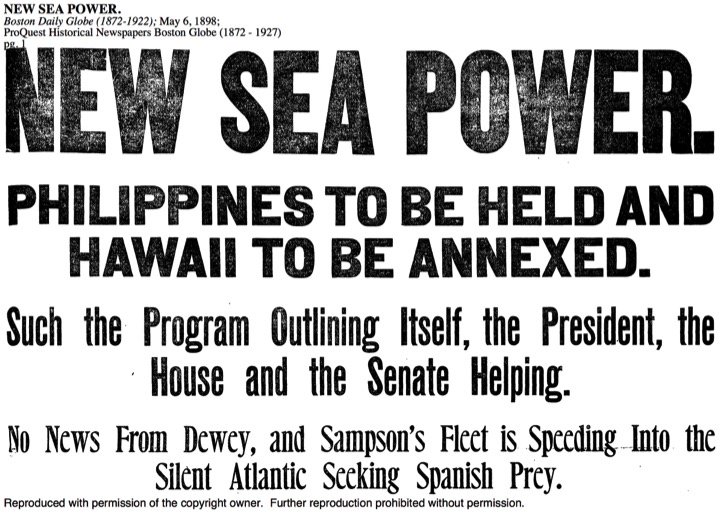 Even after these wars were over, America did not call Puerto Rico, the Philippines, and Guam straight-up colonies. No, sir. We don’t like that word. It’s awkward, given our history. So we called them our “insular” (island) possessions. And then the question arose: does the Constitution follow the flag? Should our new insular mentees receive the full legal protections of the US Constitution? The answer might (or might not) surprise you. It was, “Not exactly.”

The Insular Cases (e.g. Downes v. Bidwell, 1901) in front of the Supreme Court decided that there was a difference between land that was destined for statehood (the American West) and land that wasn’t (the insular possessions). The “incorporated” land on the American continent would eventually graduate to statehood, and its people would be granted citizenship in the meantime. You might be surprised that Hawaii and Alaska were seen as “incorporated,” but remember that there were a lot of white settlers there. No one said it at the time, but the real litmus test of incorporation was race.

“Unincorporated” land would not get citizenship, free trade, or statehood. The people would still have natural liberties—religion, speech, equal protection, and property—just not political liberties. Secretary of War Elihu Root put it succinctly: “The Constitution follows the flag, but never quite catches up.”

The people of Puerto Rico were granted US citizenship in 1917, but because they were not stripped of Puerto Rican citizenship, their current status has a bit of an asterisk next to it. Full Constitutional protections do not kick in until a Puerto Rican moves to one of the fifty states or the District of Columbia. For example, Puerto Ricans, who are American nationals, do not have the right to vote in US congressional and presidential elections until they reside in the US. Guam was given similar citizenship rights as of 1950, but their government is actually less autonomous. The people of the Philippines were never granted US citizenship, though they are the only ones to have eventually received independence, in 1946.

One final issue that came out of this “insular” designation was economic. One possible benefit of being a part of the United States would be unencumbered trade with Americans. That, after all, had been the original point. But American producers wanted to sell their stuff to the islanders, not compete with cheap island costs of production. So they kept tariff walls up—something that would not have been possible if Philippine and Puerto Rican soil had been truly American, but was possible as “insular possessions.”

Eventually, free trade would be extended to the Philippines in 1913, only to be gradually stripped away in preparations for independence. Puerto Rico has free trade with the United States, but honestly everything else about its economic status is confusing as hell because of the legal limbo in which some US laws apply, others don’t, and Congress specifically guts PR in others. It is like playing Monopoly with your six-year old and letting him be the banker. Suddenly, Boardwalk is not allowed to charge rent anymore, just “because.” Actually, to call Congress as whimsical and arbitrary as a six-year old is an injustice to six-year olds everywhere.

See how this has led to the Puerto Rican debt crisis in this cheeky Jon Oliver treatment, or in a more elevated (but still outstanding) discussion at On the Media. Maybe Puerto Rico deserves debt restructuring merely for dealing with the insane legislation imposed upon it by the United States? And because they are Americans? We bailed out General Motors, and they only employ 200,000 Americans. Puerto Rico has 3.2 million Americans.

In the Philippines, things were moving more full circle. After kicking American military forces out of naval and air bases on Luzon in 1992, the Filipinos invited the U.S. back as guests on their own bases. This was both to fight Islamist terrorism in the southern islands and to bolster naval defense against the Chinese presence in the Spratly Islands and Scarborough Shoal. Bilateral relations have grown more complicated since, but it is sort of like a family dispute, where disagreements today are affected by the baggage of shared history. With 350,000 US citizens living in the Philippines and over four million Americans of Filipino ancestry in the United States, connections span the Pacific. What better genre to talk about enduring family love than romance? 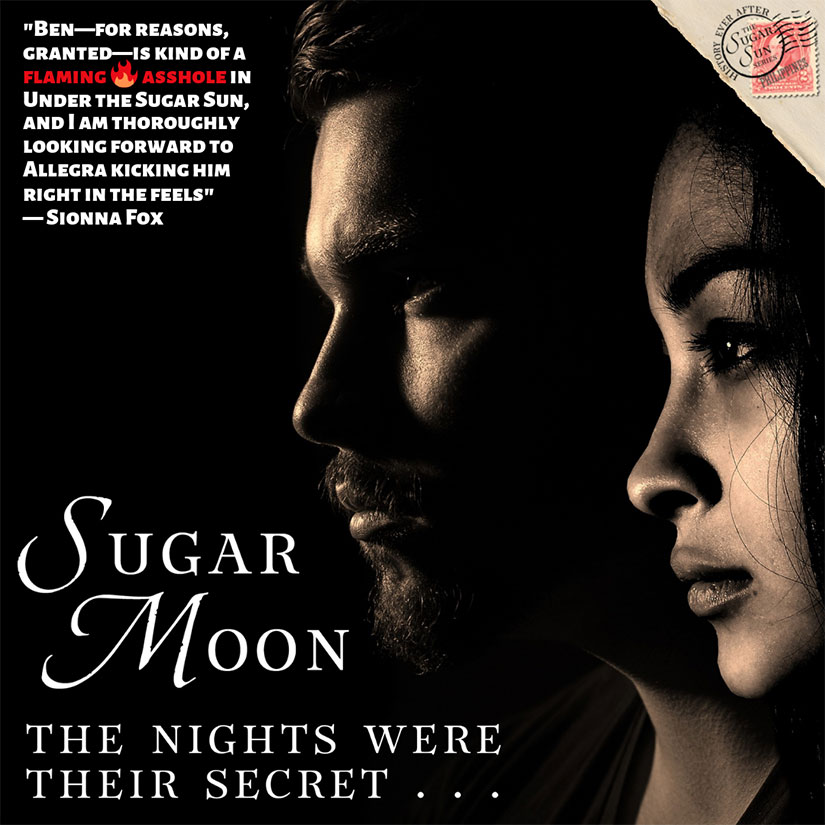